WASHINGTON, Aug. 6, 2018 /PRNewswire/ — Today, the American Federation of Government Employees announced its endorsement of Greg Stanton of Arizona for the U.S. House of Representatives for Arizona’s 9th District. 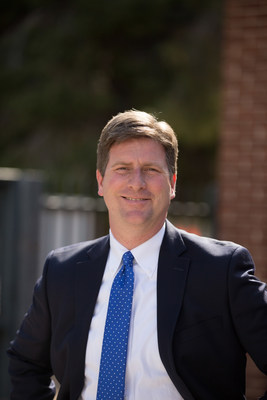 «We are excited to announce our endorsement of Greg Stanton in his race to represent Arizona’s 9th District in Congress this November,» said AFGE District 12 National Vice President George McCubbin III. «Greg will represent Arizonans and federal workers proudly in Washington as their Congressman, and we can’t wait for him to get started,» he added.

«While working people in this country are under attack from Congress and this administration, it’s great to know we have Greg ready to stand up for public servants,» said McCubbin. «Greg’s extensive history of serving his constituents – first as a Phoenix City Council member and then Mayor – as well as his belief in our federal workforce are just what our country needs right now.»

«We know, that if elected, Greg will stop attacks on working peoples’ earned benefits, fight for their rights at work, and ensure that the VA keeps serving our veterans with the high-quality care we know it delivers,» said McCubbin.

More than 83,000 federal employees live in Arizona – nearly 6,000 of whom reside in the 9th district – supporting the military, caring for veterans, ensuring the safety of the flying public, and getting Social Security recipients their benefits accurately and on time.

«The American Federation of Government Employees represents a diverse and talented group of people who work around the clock to serve our country and I am proud to have earned their endorsement in my race for Congress,» said Stanton. «There has never been a more critical time for us to work together and send new leadership to Washington that will hold this administration accountable and fight to protect the rights and earned benefits of Federal Employees,» he added.

AFGE is the largest federal employee union in the country, representing 700,000 federal and D.C. government workers in all functions of government. District 12 has more than 40,000 dues-paying members in Arizona, California, Hawaii, and Nevada.

The American Federation of Government Employees (AFGE) is the largest federal employee union, representing 700,000 workers in the federal government and the government of the District of Columbia.